The Road to Swissdom: Can Czechs Enjoy a Swiss-Style Tax Competition?

Feld and Reulier (2004) have demonstrated that there existed strategic tax competition in Switzerland between 1984 and 1999. In this paper, empirical results on strategic tax setting by cantonal governments are presented for a panel of the Swiss cantons from 2003 to 2009. Completing the evidence on Swiss tax competition, the compound tax rates in cantons are lower, the lower the tax rates of their neighbors. The model developed here is extended to include geographical area of cantons and tax rates in their neighboring countries. The second part of the paper discusses possible Swissification of the Czech constitution and several policy proposals are put forth. 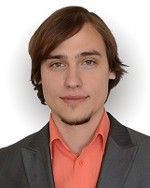